Football in England grew steadily in popularity over the nineteenth century, from the public schools to the creation of a governing body, the Football Association, in 1863, and the codification of the rules. It continued to expand during the 1870s and 1880s but, while predominantly southern amateur clubs enjoyed success in the FA Cup (inaugurated in 1871), their northern counterparts pushed for professionalism. After the threat of a breakaway to form a British Football Association by 19 northern clubs, the FA, under its forward-thinking secretary Charles W. Alcock, legalised professionalism in 1885. Alcock believed that standing in the way of professional football was “a short sighted policy to attempt to repress a system which would to my mind tend to remove many of the impurities which at present are seriously injuring the game.”

When professionalism was in its infancy, without a league competition, many clubs faced a financial struggle – which prompted Aston Villa committee member William McGregor to propose that “ten or twelve of the most prominent clubs in England combine to arrange home and away fixtures each season”. McGregor was seeking “fixity of fixtures” for clubs, outside of cup competitions (the FA Cup and regional trophies) and irregular friendly matches, to ensure regular income. His famous letter of 1888 was sent to five clubs: Blackburn Rovers, Bolton Wanderers, Preston North End, West Bromwich Albion and his own team, Aston Villa. These five were in turn invited to nominate other clubs to be approached, and the composition of the Football League, was finalised at the Royal Hotel, Manchester, on Tuesday 17 April 1888. 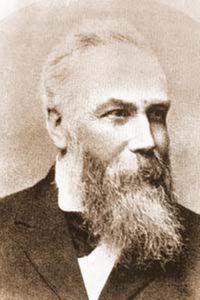 There were discussions about the League’s name – McGregor himself suggested the Football Union – the division of gate money (McGregor’s suggestion of a straight split was rejected in favour of a guaranteed sum, set at £15, for visiting clubs), and especially the competing teams. The final choices were not without controversy; Mitchell St George’s from Birmingham and the amateur club Old Carthusians, the 1881 FA Cup winners who would have been the only southern team in the League, were proposed and rejected, as were the claims of Bootle, regarded as Merseyside’s top team at the time. In addition, as Mark Metcalf recounts,

Sheffield Wednesday, Nottingham Forest and Halliwell, who claimed they were the second-best team in Lancashire, were all left disappointed when their application to join the new League were rejected on grounds that it was impossible to find sufficient dates for any additional fixtures.

The creation of the League was not universally welcomed; The Cricket and Football Field periodical of 21 April 1888 complained that:

A dozen Association clubs who style themselves the pick of the talent have joined hands for their own mutual benefit, apparently without a care for those unhappily shut out in the cold.

This post is heavily indebted to Mark Metcalf’s book The Origins of the Football League: The First Season 1888/89