The Football League 1888 – Overview, Part One

When the fixtures for the first season of the Football League were drawn up at a meeting on 1 May 1888, the registration of players was “fixed for all clubs, so that every club will have equal chances in the kidnapping business”’, as the Accrington Times put it. All players had to register as professionals with the FA when professionalism was introduced on 20 July 1885, which also imposed a requirement that they were either born, or had lived for two years, within six miles of the ground. The residency requirement in particular proved a grey area as clubs sought to boost their squads by importing Scottish players, who were regarded, football historian Mark Metcalf notes, as “being superior at the time due to a greater willingness to combine teamwork rather than rely on individuality.”

Even in the era of professional football, the FA continued to draw a distinction between the amateur player and the professional (much like cricket’s historical divide between ‘gentlemen and players’). The national team, selected by FA committee, continued to favour amateurs for several years after the establishment of the Football League while, as Metcalf again observes of professionals, “in newspaper reports it was usual to give only their surname instead of also including their initials, as was the case for the amateur player.”

As the first season approached, elements of the modern game began to take shape. 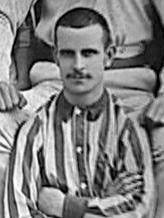 Despite its original qualms about the formation of the League, The Cricket and Football Field periodical reported on 11 August 1888 that “the public are getting a little anxious to spend their Saturday afternoons on the football field”. With the advent of professionalism, boosted by the guaranteed income of regular league fixtures, finances became a major consideration – not least the matter of players’ wages; the same paper noted that FA Cup winner “Bayliss [of WBA] was seeking more money”. Everton dipped into the transfer market to sign Nick Ross from Preston, and made him one of the League’s highest-paid players at £10 per week. To cater for the larger crowds expected for league competition, Everton, playing at Anfield, sought to install a new stand and boost capacity to 12,000. The Liverpool Mercury reported further expenditure to prepare the Anfield pitch: “a complete transformation has been effected. Instead of a small Sahara-like desert, the field of play is covered with grass of refreshing green-ness”. 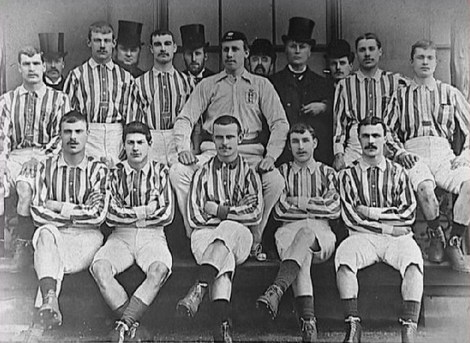 The game in 1888 still retained strong aspects of its era; the season’s start in September was partly determined by the fact that several clubs played at grounds shared with cricket (including Notts County at Trent Bridge), which took precedence. Saturday was the only practical day for fixtures, due to the 5 ½-day working week and the sanctity of Sundays; setting the kick-off at 3 p.m. allowed workers to finish their half-day shift and travel, often on foot, to the grounds. In winter, the starting time meant that both the half-time interval and sometimes even the game itself would have to be curtailed if it were to finish before darkness set in. It would take nearly another 70 years for a Football League fixture to be played under floodlights but, for all television’s influence, 3 o’clock on a Saturday afternoon remains the preferred hour for an English football match to start.

This post is heavily indebted to Mark Metcalf’s book The Origins of the Football League: The First Season 1888/89