Tony Ford made his Football League debut as a 16 year-old for his hometown club Grimsby Town in 1975. His final League appearance came 26 years later, on the 3rd November 2001, as a midfielder for Rochdale in their 2-0 Third Division victory over Torquay United at Spotland. In the intervening years Ford played for Stoke, West Brom, Scunthorpe and Mansfield, and by the end of his long career had totalled over a thousand senior games in English football, including 931 League appearances. This is the Football League record for an outfield player, bettered only by England goalkeeper Peter Shilton, who made 1005 appearances. An unassuming record-holder, Ford never played in the top division of English football but did represent England ‘B’ twice in 1989, and was awarded an MBE in 2001 for his services to the sport. 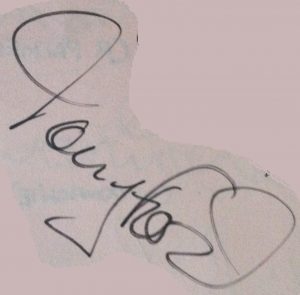